Samsung Galaxy S9 is here with few new tricks up its sleeve but are they enough to justify the higher price compared to Samsung Galaxy S8? How about its camera, that Samsung has been advertising to beat every other phones camera on the market. Is it really as good as they say?

Samsung seems to be doing the same thing that Apple with their iPhones and that is keeping the proven to be a good design. The design with Samsung S9 is almost identical to Samsung Galaxy S8 with its curved edges and curving screen. Some might see this as a bad thing and others as a good thing, but personally, we would have hoped a bit of an update on the looks even though the design is ageless. 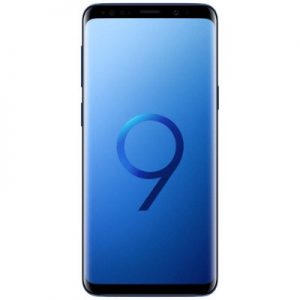 Samsung Galaxy S9 will come in a variety of colors including midnight black, lilac purple, titanium gray, coral blue and sunrise gold. Not the most exciting colors, but more than enough for anyone going for a product within this price range.

The screen comes in a respectable 5.8″ size while the plus version has even bigger screen of 6.2″.

Samsung Galaxy S9 screen leaves no one cold with its Quad HD+ Super AMOLED screen with amazing 2960×1440 resolution and 570 PPI. Surprising the Samsung Galaxy S9+ only has 529 PPI.

With a 3000 mAh battery, Samsung promises that their battery can handle

With these numbers, you would think there is more than enough juice in that battery to keep you going.

Samsung has used a lot of time advertising their new camera on the Samsung S9 and for a reason. It’s a clear upgrade to the old Samsung Galaxy S8 camera with its better color recognition even in low light and dark areas. Samsung itself has even stated that the 12 megapixels one cell camera is its most important feature.

Overall Samsung Galaxy S9 seems to have mainly positive reviews from users buying it and many consider it a huge upgrade to their old phones. Some have even switched off from Apples iPhone and saying its better than it.

8.4Expert Score
The display on the Samsung Galaxy S9 is awesome, the overall feeling is amazing and the camera is nothing less than stunning. For a flagship phone there is little to wish more, but is that enough to beat the older Samsung Galaxy S8. That's what still remains a question even for us.
Design
9
Features
8
Battery
8
Camera
9
Performance
8
PROS
CONS