Everyone was surprised when Razer announced that they would be stepping into the mobile gaming market with their own flagship phone. Now a few years later they have brought the Razer Phone 2 out and it’s better than before. Razer has put a lot of effort into building the next best gaming phone and it shows.

Where to buy Razer Phone 2

No one can deny that Razer Phone 2 is an amazing looking phone. The slick look, weight and black color give it a pricey look and feel. With speakers on top and bottom of the phone and a chroma RGB Razer logo on the back that changes color. What else can you ask? 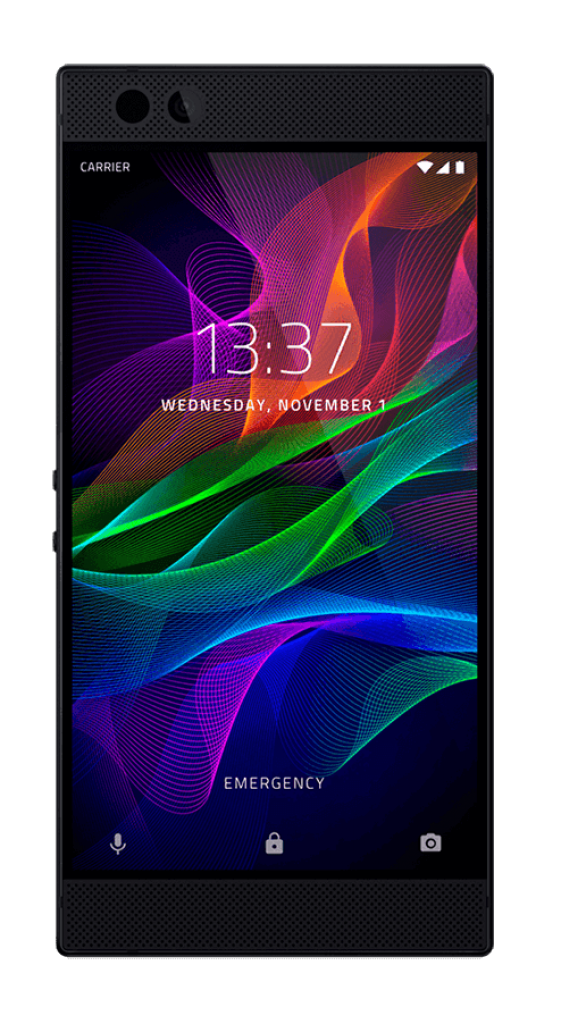 The aluminum body with the sturdy feel and weight make the Razer Phone 2 feel like the premium you would expect it should fee. The big screen though can make it a bit awkward to hold in your pocket, but it does give a great view when you play with it. Though do note that the corners can get a bit sharp since the weight pushes it into your palms if you tend to play long.

The volume buttons are centered on the left side of the phone so you won’t accidentally press them, while the fingerprint sensor/power button is centered on the right side.

Razer has decided to bring the Razer Phone 2 in two “colors” if you can call it that since they are both black. You can choose between the mirror or satin which both look pretty good, though if you want fewer fingerprints on your phone we recommend the satin.

Razer Phone 2 display is simply put amazing. The 5.72-inch IGZO LCD 1440 x 2560 has a super sharp image and with the 120 Hz refresh rate it makes sure you won’t miss a single moment when watching movies, tv-series or gaming with the phone. Razer has truly made something awesome for they are still the only company to offer a true 120 Hz display with their phone.

The display is protected by a Corning Gorilla Glass 5 giving it some nice protection from scratches and breaking when falling, though we still don’t recommend throwing it around. 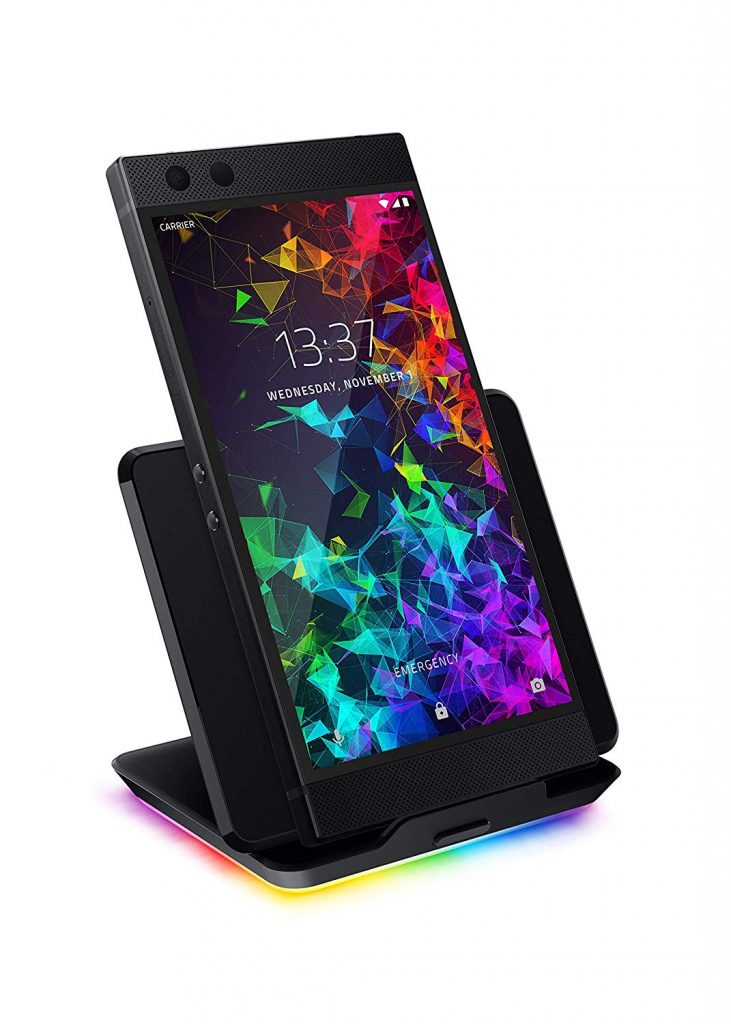 The 4000 mAh battery gives full power for a day even when gaming or watching a movie for the whole day. We had no worries while play, watching movies and playing music for a full day of use, though some games like Fortnite and other more graphically heavy games, might drain even this battery quite quickly.

The battery supports QualComs QuickCharge+ meaning you can charge the phone super quick. Razer Phone 2 also features wireless charging which is a nice feature and looks even better when you place it on the Razer Fast Wireless Phone Charger. 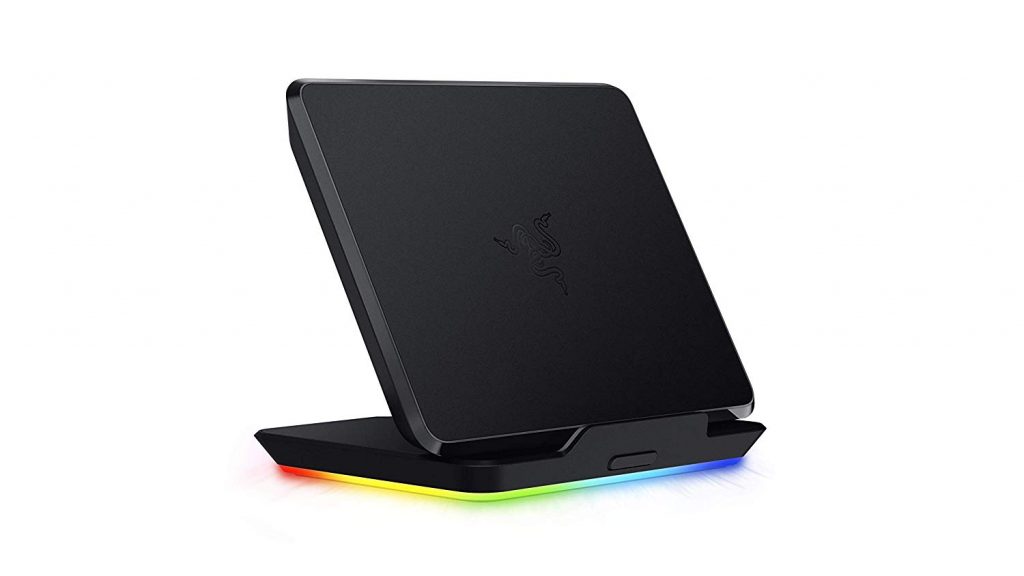 Back of Razer Phone 2, you can find the dual cameras with both supporting 12 MP. The photo quality is good, but unfortunately, this is the one part that falls a bit short when compared to other smartphone flagship models. The photos aren’t bad in any means, but you would wish just a bit more from them. The Razer photo app is better than other cameras, but sometimes its a bit clunky and the photos just aren’t as sharp as you would expect this price range.

Razer Phone 2 does support 4K video which is a nice feature, though we noticed that we didn’t use this feature that much as you would think you would. Also, most flagship model smartphones have this as well these days, making it more of a “nice to have” -feature than something you must have.

The front camera supports 1080p videos so having a video chat is a blast. No more blurry video chats or selfies for you.

Performance is where the Razer Phone 2 shines. With its Qualcomm Snapdragon 845 processor, it can play the best phone games available. Supported by the 8 GB of RAM, 64 GB of file storage (upgradeable with MicroSD if you feel like you need more), and a clear 5.7-inch 1440p screen games run smoothly as they can. As mentioned earlier the display is the only true 120 Hz meaning there is no lagging and no delay when playing even the most graphically demanding games.

The double speakers, amplified by Dolby Atmos, on top and bottom of the phone make movie and game sound so much better than the Razer Phone 2 competitors and considering the phone (at least for us) is held most of the time sideways seems like a logical decision.   It makes you wonder why more companies are not following Razer’s footsteps in this matter. After all, smartphones are turning in to mobile media devices more and more.

Packing 8 GB of RAM and 64 GB of storage is more than enough for most users, but Razer hasn’t forgotten the power users. With a MicroSD card, you can upgrade the storage to up to 1 TB meaning, you won’t run out of room any time soon.

Other features Razer has taken note is that the phone’s display doesn’t have a notch. We can imagine that a lot of people are happy about this because it means more room for the display.

The phone doesn’t have a 3.5 mm jack built-in, but Razer does pack a USB-C to 3.5 mm Audio Adapter with 24-bit DAC in the package letting you connect your headphones the old way in. A nice little tough again, but as a fan of the 3.5 mm jack, I would have wished it to be integrated into the phone.

Something other smartphone companies could learn from Razer is the fact that Razer Phone 2 is IP67 protected. This means the phone is protected from the water up to ~3.2 feet of water (1 meter).

Razer Phone 2 is an amazing smartphone that can keep up with most of the flagship models. It has enough power to play the best mobile games with the best graphics with no lag and makes gaming a breeze. What it does fall short is the normal phone aspects as well the camera side of the phone. The camera isn’t as great as other flagship models and the phone has its shortcomings, but it excels in what it was built for and what it was built for was gaming. Gaming with the Razer Phone 2 is a breeze and anyone considering getting into mobile gaming seriously should consider buying it, without a doubt.

8.9Expert Score
If you want true 120Hz gaming with your smartphone then the Razer Phone 2 is a must-have phone for you. The Razer Phone 2 does come with a price, but that price really gives you a phone designed with style and power for those are really into mobile gaming. So if you want one of the best phones for gaming right now, then pick up the Razer Phone 2.
Price
8
Performance
10
Camera
8
Display
9.5
Features
9
Battery
9
PROS
CONS