HMD is bringing another Nokia Android phone on the market and this time its the Nokia 7.1. Now some might think it’s an upgraded version from the Nokia 7, but this is not the case. In fact, HMD has said that it’s a follow up on the Nokia 8. In today’s review, we are looking at what the Nokia 7.1 really has to offer compared to its competitors.

Nokia 7.1 has an aluminum frame giving it a nice feel. The back is made of glass, though it does feel more like its made of plastic. The phone fits into the hand pretty nicely thanks to its rounded corners. Compared to some other phone models it’s much more pleasant to keep in hand. One thing that we noticed is that the backside is extremely slippery, so we do recommend getting a cover for the phone as soon as possible. 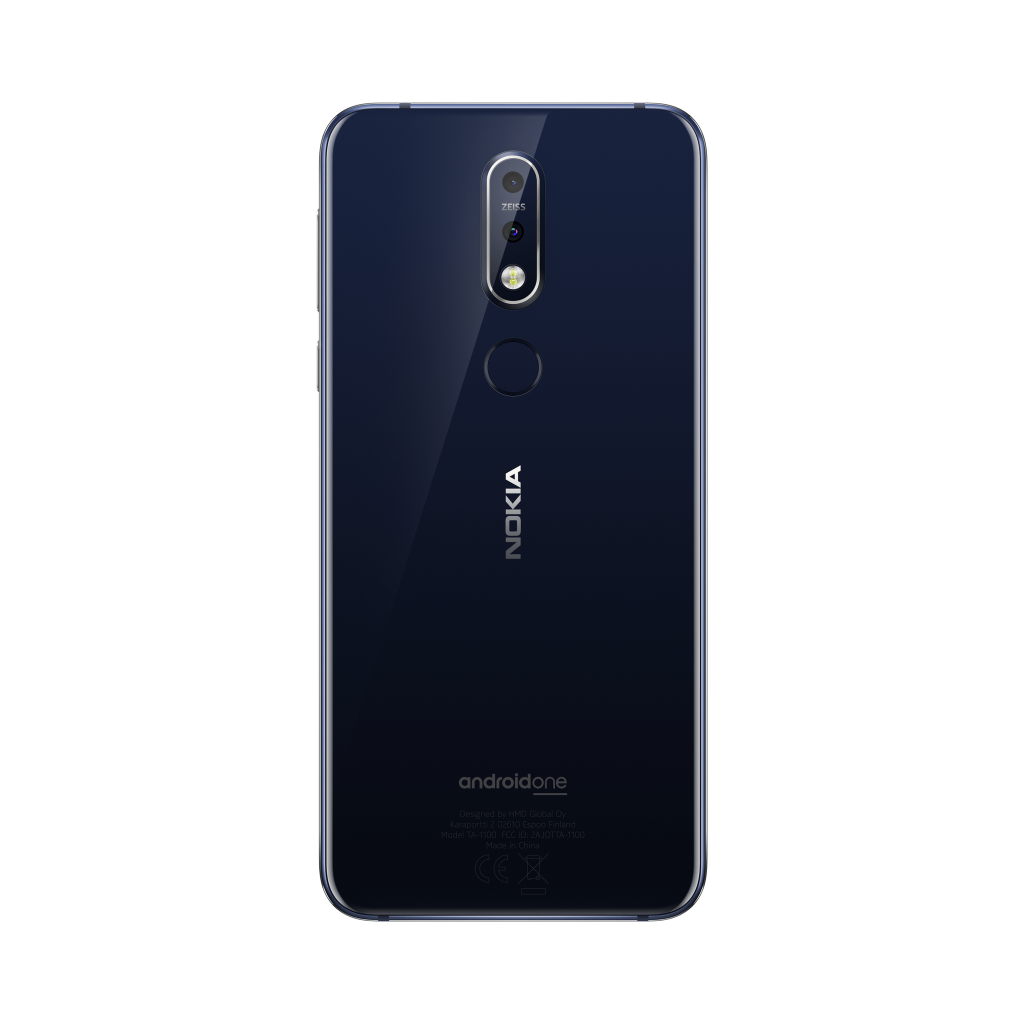 t scanner you can find the camera, but more about it later.

Overall it’s nice to see that the company hasn’t slacked off on the design as many other phone makers usually do in their cheaper models. 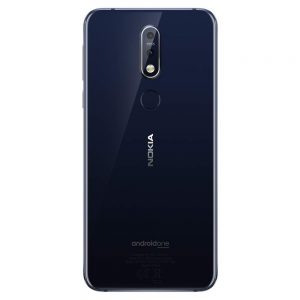 Nokia 7.1 comes in two different colors blue and steel. For this review, we went with the blue one, which is almost black thanks to the deep blue color of the phone.

The display on the Nokia 7.1 is above average in this price range. The 5.84-inch screen has clear colors and good brightness, though it does have that notch on top of the screen that has caused a lot of controversy with different smartphones.

Nokia has a small trick up its sleeve that makes the display look even better and its called PureDisplay. The technique amplifies the contrast of the display making everything look a bit more better than without it. HDM promises it can do this up to HDR levels, but in reality, the technique is not a game-changer or anything that would (at least me personally) pay more for this phone.

As for the battery, the Nokia 7.1 comes equipped with a 3060 mAh battery. This means it should last around 7h and 40 minutes, but considering you usually use the WiFi or some other heavy-duty apps it might last a lot shorter time for you.

Now for the camera of the Nokia 7.1, we must first look at what it offers. The main camera on the back is a 12 MP and it also has another 5 MP sensor that is boosting its capabilities. Once again we must remind you that the Nokia 7.1 is not a flagship model so you can’t expect to get the same quality of photos or videos like them.

Carl Zeiss has helped the Nokia phone with its camera optics, but they have also helped them with the image processing algorithms that work on the background ensuring you get the best image quality available with this phone.

Again Nokia 7.1 might not take the best photos when compared to more high-end smartphones, but in this price range, it clearly beats its competition.

Now we come to the underlying problem with the Nokia 7.1. As for the performance of the phone is average at best. Not that we are complaining, but we did expect a bit more from this phone. After all the Nokia is running a Qualcomm Snapdragon 636 that does pack enough power for most daily use. Unfortunately, anything that requires a bit more processing power is out of the order and you start to see some slowing down.

Something we are happy to tell you is that the Nokia 7.1 comes with 4 GB of RAM and a 64 GB of memory that you can expand up to 400 GB with a micro SD card. A good thing considering that most power users might run out of memory quite quickly if they are used to taking a lot of high-quality photos and videos.

A refreshing change on the Android phone market is the Android One that HMD has decided to choose for their Nokia 7.1. Android One means you won’t be having tons of bloatware with the phone. You will only be getting pure Android as Google intended it and you’re free to choose what apps you use on the phone by yourself.

Another good thing in the Android One is that HMD has promised updates for the phone for years to come. Meaning you won’t be forced to update your phone just because its software gets outdated and it might become a security risk for you or your family.

If you are looking for a pure Android phone that doesn’t make you go broke while still being able to grab some high-quality pictures and videos then the Nokia 7.1 is your choice. It’s not a flagship smartphone and it’s not trying to be, but what it really it is, is worth its money.

Help others by commenting below what you think about Nokia 7.1 and what your experience has been with the product.

7.8Expert Score
If you are looking for a pure Android phone that doesn't make you go broke while still being able to grab some high-quality pictures and videos then the Nokia 7.1 is your choice. It's not a flagship smartphone and it's not trying to be one, but what it really it is, is worth its money.
Price
8.5
Performance
6.5
Camera
8.5
Battery life
7
Display
8.5
PROS
CONS

Be the first to review “Nokia 7.1 review – The best mid-tier smartphone?” Cancel reply