In today’s review, we are looking for the iPad Pro 11-inches which is the latest version of their iPad Pro models and has upgraded its display size from 10,5-inches to 11 inches. It’s now also packing a liquid LCD screen that should bring us more vibrant colors and a better viewing experience overall. It also has the latest A12X processor making multitasking, gaming and all around working with the tablet much smoother.

Where to buy iPad Pro

To really understand how awesome the iPad Pro is we need to start with the design. iPad Pro’s design is sleek and absolutely stunning. Apple really knows how to design their products as always. The new rounded edges on the screen give it more character in our opinion though some did not like it.

Apple has also gotten rid of the home button on the front and it does make the iPad Pro look more like other tablets on the market, but it gives the display more room and makes the whole tablet more balanced looking. 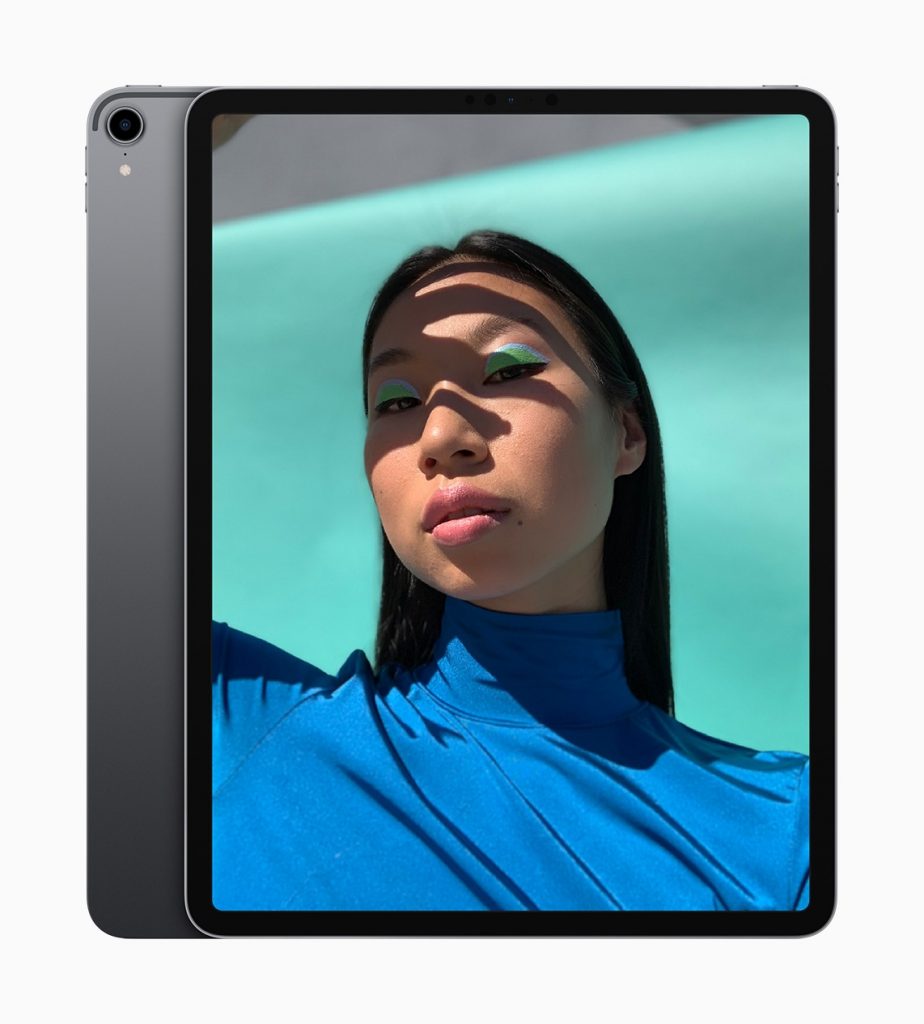 iPad Pro comes in two different display sizes. You can get it in 11-inches or 12,9-inches which is quite more expensive than the smaller one. For this review, we went with the 11-inches since that one will probably be the one most users will pick.

The display is a liquid retina display meaning that it won’t have the deepest black or the best viewing angles as an OLED display would have but it is better than you would expect. The 2388 x 1668 pixels with 264 pixels per inch should be more than enough even for the most hardcore users and the 600 nits brightness allows you to watch the display even in bright sunlight.

The iPad Pro does fall a bit short on ports since it’s only carrying one USB-C port meaning you will need a dongle if you want any more than one device connected to it at a time.

The back camera on the iPad Pro packs a 12-megapixels that can capture up to a 4K video at 30 fps or 60ps. It’s also capable of capturing slo-mo videos at 1080p at 120 fps and 720p at 240 fps giving those who love that kind of feature a lot of different options to play with it.

The front camera of the iPad Pro is packing 7-megapixels that let it recognize you fairly easy when you’re using the face recognition that the iPad offers. Though as always there might be some trouble if the lighting isn’t the best where your trying to use it since it still needs to see you clearly to work.  For basic video chatting and FaceTiming, the front camera works as expected and does send a clear image to the other person.

Quality-wise the camera on the iPad Pro is nothing amazing, but it still beats most tablet cameras on the market which makes it a great chose for those who like capturing video or images with a tablet.

Something we wanted to also bring up in this review is the new Apple Pencil. The updated pen doesn’t come in the package and is sold separately, but if you’re buying the iPad Pro we highly recommend you to consider to get the Apple Pencil as well.

The Pen has a new design meaning that god ugly thunderbolt on top of it is gone. The Apple Pencil now hooks on the right side of the iPad Pro and is charged wirelessly. You can load your tablet and the pencil at the same time meaning you don’t need to worry about loading first your tablet and then your pencil.

The Apple Pencil now also has a hidden feature that lets you tap the pencil twice on its side to change the tool you’re using. A nice little feature that should help a lot of designers and anyone using it to work more efficiently.

The speakers are one of the strong points of the iPad Pro. There are actually four of them one in each corner of the tablet and they each have their own subwoofer deepening the bass and giving super clear voice when listening to music or watching a movie. Without a doubt one of the best sounds we have heard in any tablet.

The battery on this device is nothing to laugh either since it gives a nice 10 hours of surfing the web on Wi-Fi, watching videos or just listening to music. There really isn’t anything bad to say here.

You really can’t expect anything short from the new Apple A12X processor and the performance is top-notch with the new iPad Pro. There is no lag or stuttering in games, browsing, graphically heavy apps or even when watching a movie. Not even when your multitasking with the tablet, meaning everything feels great and smooth.

As for the storage, we are a bit disappointed since Apple doesn’t allow us to upgrade our storage space with a Micro SD card so if you get the 64 GB one you’re stuck to it. Thankfully they do offer a wide variety of storage spaces from 64 GB to 1TB allowing you to choose just the right one from the 64 GB, 256 GB, 512 GB and the 1 TB models

As we mentioned earlier there is a slight hiccup in some of the apps. Since Apple updated its screen size from 10,5 inches to the new 11-inches it has caused some problems with quite a few apps, meaning they will require an update to look pitch-perfect on the tablet. The problem with these apps is not that they perform worse, but they leave an ugly black bar around the display. Again, nothing major, but a small annoying inconvenience.

Here’s what other iPad Pro users think about the tablet.

The iPad Pro is probably the best tablet on the market and for a good reason. It feels and works smooth and has almost no hiccups compared to the cheaper models and other tablets on the market. It also offers something that not many other tablets do which is multitasking and doing it in a way that simply works.

9Expert Score
The iPad Pro is probably the best tablet on the market and for a good reason. It feels and works smooth and has almost no hiccups compared to the cheaper models and other tablets on the market. It also offers something that not many other tablets do which is multitasking and doing it in a way that simply works.
Price
8
Speakers
9.5
Performance
9.5
Chassis
9
Battery
9
Overall design
9
PROS
CONS

Be the first to review “iPad Pro review – Best tablet on the market?” Cancel reply

Samsung Galaxy Tab A 10.1 – Mid range tablet for daily use