Honor 7X strikes the market with unbeatable price and quality. It’s not trying to beat the flagship models, but what it does do is beat the cheap competitors with quality that you don’t usually see in this price range.

Where to Buy Huawei Honor 7Xy

Honor 7X has clearly copied some looks from the flagship models with its rounded corners and flat looks.  On the back of the phone, you can find the round fingerprint scanner which looks quite good on the phone. You also find the dual-lens camera with 16 + 2 MP cameras on the back. On the front, you have the 8 MP camera that should be more than enough for most selfie takers.

Another thing you notice when picking up the phone is that it really feels more expensive than it is thanks to it metal unibody.

The screen has a great 6 inch, 18:9 full view display that lets you watch shows on Netflix and Amazon Prime nicely.

A minor con which you notice immediately when checking the bottom of the phone is that the Honor 7X isn’t using the USB C but instead falls to the old Mini USB port. A minor inconvenience, but still most of us are already getting used to the USB C so this is definitely something that we would have wanted to see on the phone.

For protection, we recommend the Spigen Rugged Armor that also works with the Huawei Mate SE. 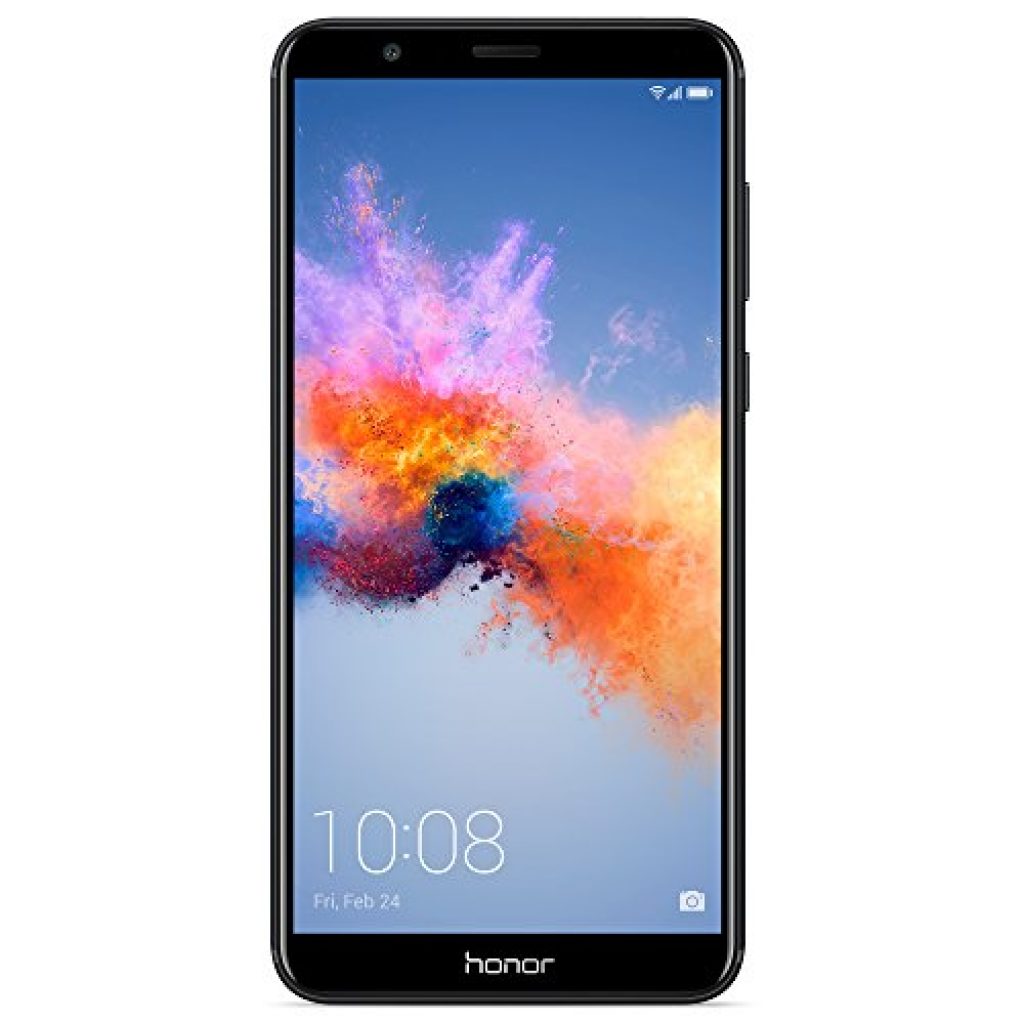 Some of you might find it a bit disappointing but for now, Huawei has decided that the Honor 7X only comes in three colors, black, red and blue. Though to be honest, this is more than what most other companies are offering with their phones.

Honor 7X doesn’t disappoint with its screen. The phone comes with an amazing 2160 x 1080 FHD+ resolution that you normally wouldn’t even expect in this price range.

With a 3340 mAh battery, the Honor 7X should last around one and a half day. If you need even more time you can put on the Ultra power saving mode to extend your charge even longer.

Though we did notice that most power users only got around a day worth of power, so we do recommend everyone to charge up their phone after a day if you decide to use your phone actively.

Back of the Honor 7X you can find a dual-lens camera. The camera can’t compete with something like Samsung Galaxy S9 or even One Plus 6, but it does do fairly good work for the price you’re getting the phone.

Honor 7X won’t be competing with the flagship phones with its processing power, but the Kirin 659 processor does an adequate job. It runs most videos and games smoothly and even works well when you’re using Honor 7X’s split-screen function that lets you watch a YouTube video while chatting with a friend on WhatsApp at the same time. 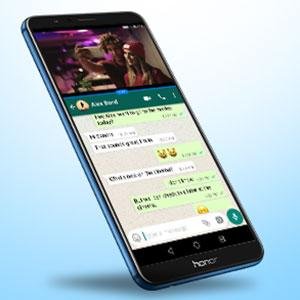 The strong part of the Honor 7X is that it comes with an internal memory of 32G or 64G, which you can actually increase with a Micro SD card up to 256 GB. The metallic frame on the Micro SD card also gives a much more expensive feel that you would expect and is a nice touch. Thanks to it you won’t be seeing that much easily breaking plastic when adding more memory.

If you are on the budget and want something that looks like an iPhone, works like an Android and doesn’t cost you an arm and a leg then Honor 7X is a must have for you. It does have its downfalls on some parts, but the overall quality and price are just something that most other companies just can’t get to.

7.8Expert Score
Honor 7X strikes the market with unbeatable price and quality. It's not trying to beat the flagship models, but what it does do is beat the cheap competitors with quality that you don't usually see in this price range. https://youtu.be/4mHKLZR2IHM
Price
9.5
Features
7.5
Battery
8
Camera
7
Performance
7
PROS
CONS