GoPro has come out with their new GoPro HERO7 Black action camera that is now packing even more features than the old GoPro Hero 6. Its features have been improved dramatically and it can now save up to 60fps in 4K and stabilize your video and images almost as well as a Gimbal with its new Hypersmooth feature.

Where to buy GoPro HERO7 Black

The camera is still on the top right corner while having the basic info like battery and recorded time on the left top corner. You have the shutter button on top of the camera and the power button on the left side.

Right side you can find the HDMI, power and other inputs hidden behind a waterproof door. A quick reminder that you should always check that the door is closed to ensure that the camera stays waterproof if you are thinking of taking it outside or somewhere else it could get wet. 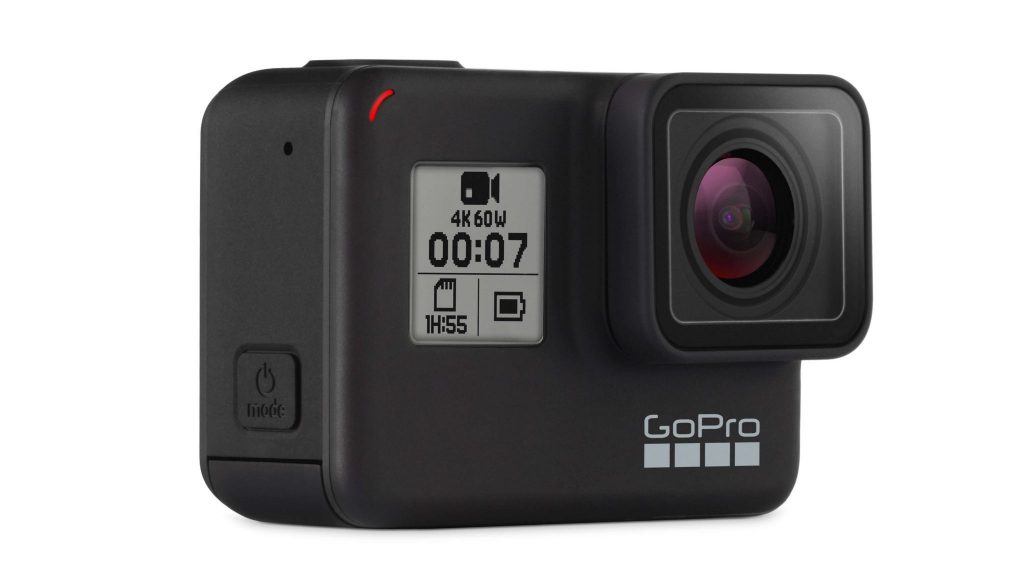 GoPro HERO7  has an LCD touch display. It’s not the biggest or the brightest, but as far as functionalities go, it serves well. The LCD screen is clear and the UX is better than in the older models making it easy to use and control.

The Voice control is a neat little feature that allows you to easily control your GoPro HERO7 Black with commands like “GoPro Start Recording” or “GoPro Take a Photo“. In our tests, all the commands worked well, but there is a small problem. Since GoPro is not trained to your voice, some people might want to ruin your shots by shouting commands like “GoPro Stop Recording” making your recording stop completely. This means its extremely important to keep this in your mind and to think twice if you want to keep the voice control on.

If you can be sure that no one will ruin your shots by randomly shouting commands then this feature might just be what you need.

The voice control is available in these ten languages/accents:

** Voice control is not available for these languages with Remo.

GoPro HERO7 Black has a great camera that can do up to 60fps 4K video. If you want a higher framerate you, unfortunately, need to drop your video resolution to 2.7K but for most this is an acceptable trade-off. One thing we noticed is that when you take a 4K video the camera gets a bit hot and this might force it to shut down. We are not sure why this happens from time to time, but this is something you might want to consider before purchasing the action camera.

Still-photos can be taken in a whopping 12-megapixels and include HDR. 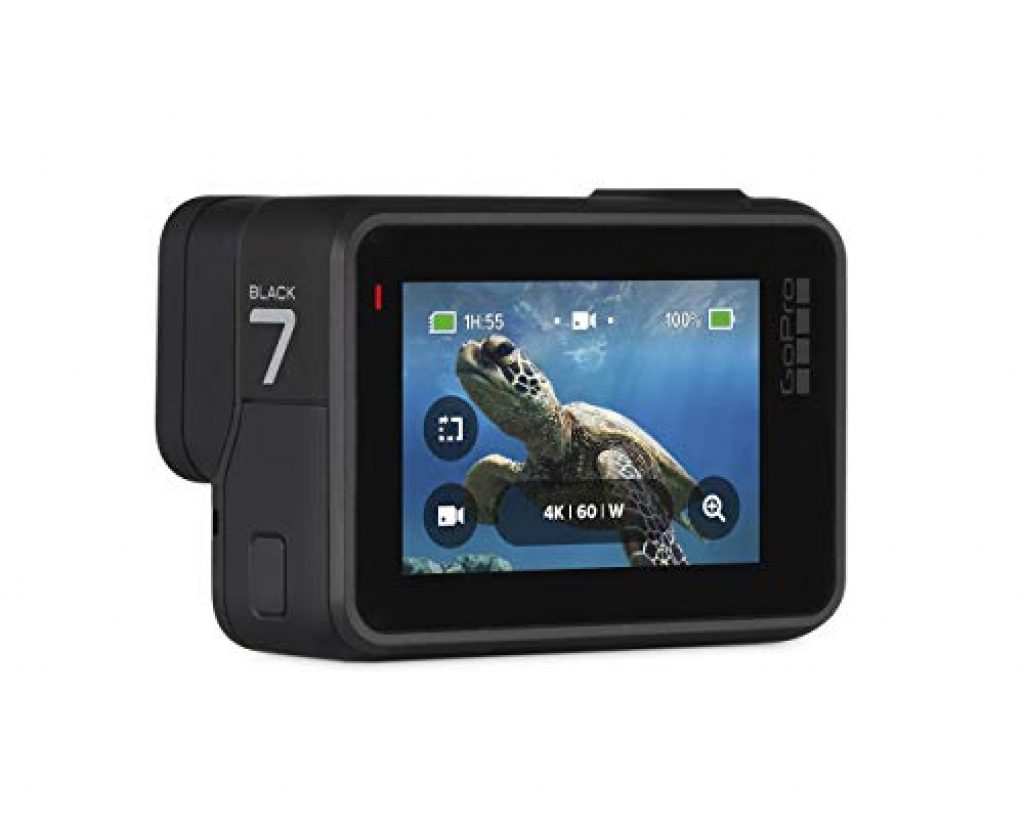 GoPro HERO7 Black is also the only one from these three that carries the GP1 (Global Tone Mapping) processor inside itself. This allows it to get high-contrast shots with bright and dark regions and improves the exposure on all images and videos. A neat little feature that clearly shows when comparing photos and video from all three devices.

Few other extra features that the Black edition includes are HyperSmooth, TimeWarp, and Live streaming. Black and Silver editions also include GPS which the GoPro HERO7 White is missing, though all of them do include QuickStories.

For full comparison please check the table below.

Now for the performance of the GoPro HERO7 Black action camera, we couldn’t be more impressed. The colors are vibrant and clear even in a bright or low light environment. The Hypersmooth (Gimbal like stabilization) works amazing and there is almost no bouncing around when it’s active. One of the best parts is that the Hypersmooth works in 4K as well, so you don’t have to worry about shaking ever again. Just remember that GoPro achieves this by cropping the image 5% so you might need to take this into consideration in some cases.

For the storage the action camera requires a microSD with at least Class 10 or UHS-1 rating, so be sure to check your memory card that it goes into these specs.

A good card we can recommend is the SanDisk Extreme 64GB microSDXC UHS-1. It also happens to be one of the recommended cards that GoPro themselves recommend for their cameras.

Here’s what other GoPro HERO7 Black users think about the action camera.

8.9Expert Score
GoPro has come out with their new GoPro HERO7 Black action camera that is now packing even more features than the old GoPro Hero 6. Its features have been improved dramatically and it can now save up to 60fps in 4K and stabilize your video and images almost as well as a Gimbal with its new Hypersmooth feature. https://youtu.be/G9KDqfpCgws
Price
8
Video quality
9.5
Audio quality
9
UI
8.5
Stabilization
9.5
PROS
CONS